by Coinworldstory
in Bitcoin
Reading Time: 4 mins read
A A 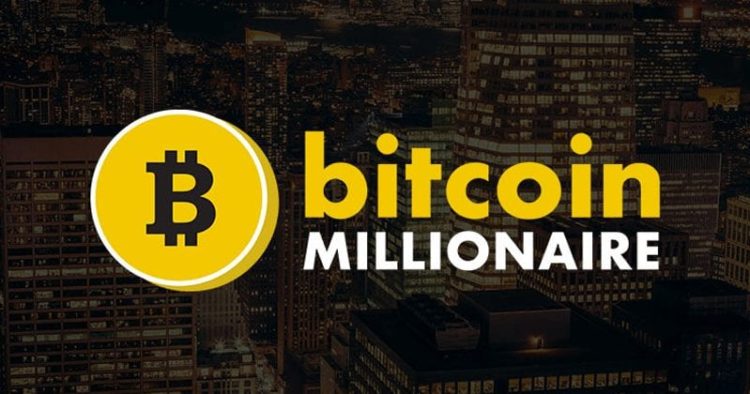 Among the modern generation, there are probably no people left who would not have heard about Bitcoin . This cryptocurrency allowed one to get rich and lose large sums of money to others, but for most people it became just an excuse to bite your elbows.

At the dawn of its existence, Bitcoin cost a penny compared to its value in 2017-2018, so only those who once believed in cryptocurrency and purchased at least several Bitcoins were lucky. However, there were those who preferred to buy not two or three, but thousands at once, and, as you understand, today these people can be satisfied with themselves.

In this article we will tell you about the millionaires and billionaires who have earned their fortune on cryptocurrency.

It would be wrong to start the list of rich people who built their fortunes on Bitcoins, without their creator, who, of course, has a large amount of cryptocurrency in its assets. Satoshi Nakamoto is the pseudonym for the person who invented Bitcoin in 2008. According to some data, Satoshi has about 1 million bitcoins today, and even if we take the minimum rate for 2018, this is about 6 billion dollars.

Tyler and Camere Winkloss are far from being famous for having more than a billion dollars in their Bitcoins in their assets, which is about 1% of the total cryptocurrency. They are professionally engaged in rowing, and even won prizes at two Olympic Games, however, this is not the most important activities in their lives. First of all, they are famous for receiving $ 65,000,000 in compensation from Mark Zuckerberg himself, ostensibly for the fact that during his student days he copied the idea of ​​their website and created Facebook.

The brothers decided to invest $ 11,000,000 from the amount of compensation in the purchase of Bitcoins back in 2013, when the cryptocurrency cost $ 120 per unit. Today, after an impressive growth rate, the brothers have at their disposal more than a billion dollars and, apparently, are not going to sell them.

This man is the creator of Ripple cryptocurrency , which was launched in 2012. It began to gain popularity as rapidly as other successful cryptocurrencies, after the growth of Bitcoin. The current fortune of Chris Larsen is estimated at $ 8 billion, which makes him the richest person to earn on cryptocurrency .

Less wealthy, but this does not upset Joseph Lubin has in his assets from 1 to 5 billion dollars, according to various sources. He earned them on the Ethereum cryptocurrency , which he himself created.

The Russian Canadian, who is also part of Ethereum , owns $ 500,000,000, which he earned not only on the creation of cryptocurrency, but also on many other projects. However, the bulk of its capital was received, nevertheless, precisely from cryptocurrency.

The cost of cryptocurrency assets of the head of the Binance exchange , which came out on top in terms of trading volume per day in just a few months, is about $ 2 billion. Currently, Binance users are more than 6 million people worldwide, and the company’s representative offices are located in three countries.

One of those people on our list who increased his fortune with the help of cryptocurrency due to her buying in the early stages. Matthew became an investor in Ripple , with the result that he earned about $ 1 billion, however it is worth noting that he was a multi-billionaire before, since he was the heir to a successful banking business.

One of the co-founders of Bloq found out about Bitcoins at the very beginning of their journey – in 2011. Early investments brought him a profit of $ 1 billion in terms of US dollars. Rossack himself claims that it was he who helped buy the first Bitcoins to Bill Clinton and Richard Branson himself.

The third founder of Ethereum also made our list. Anthony is also the founder of Decentral and Jaxx, but the main profit came from investments in Ethereum. Di Iorio’s strategy is to invest in the cryptocurrency in the early stages, and come out at the peak of its value. Currently, his fortune is estimated at $ 1 billion.

This man has a past programmer in the US Department of Defense, but his condition was brought to him is not it, but the fact that he participated in the creation of three blokcheyn platforms, the most popular of which is EOS.IO . Today, according to various sources, there is a different cryptocurrency at its disposal for a total of $ 700 million.

All of the above mentioned businessmen realized the dreams of most people – they were able to get a huge fortune on cryptocurrency by buying it at the right time. The majority will consider this money easy, however behind all investments there is a long analytical work, therefore not everyone will be able to repeat their path.