by chainwire
in Press Releases
Reading Time: 5 mins read
A A
0 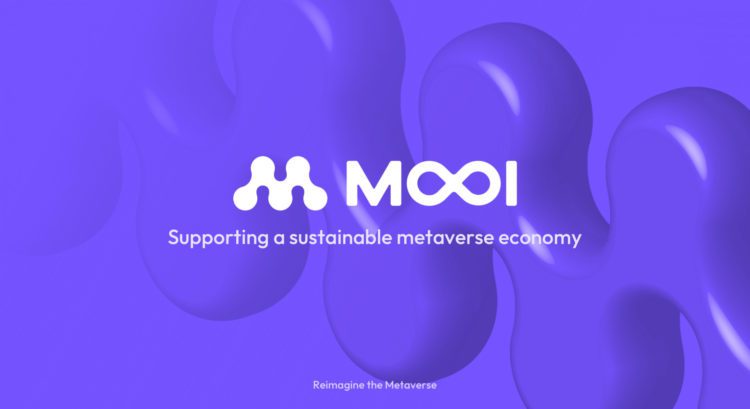 Recently numerous new blockchain networks have emerged, but only few have had both strong technical expertise and rich content to fill the ecosystem from the beginning. Since it’s impossible to create an ecosystem with infrastructure alone, new blockchain networks usually seek partnerships with Dapp projects. MOOI Network, developed by blockchain company POST VOYAGER, has already succeeded in securing both technical strength and a content-rich ecosystem even before its launch. While POST VOYAGER focuses on the technical aspects, Cocone, a well-established Japanese mobile game giant, will bring its metaverse content to the network. The launch date of MOOI Network is June 30.

The developer of the MOOI Network, POST VOYAGER, is a subsidiary company of Cocone, a well-established Japanese mobile app company. Established specifically for blockchain projects, POST VOYAGER has been exercising its expertise since 2019. The company has been a Governance Council member, or a node validator, of the Klaytn network. While actively participating in the governance process, the POST VOYAGER team has been steadily building up its knowledge of blockchain. It has also been serving to provide technical support and advice to its affiliate companies. With half of the team as developers, including its founder, POST VOYAGER is a very tech-intensive company and understands the importance of ever-changing technologies.

While POST VOYAGER is quite confident about its technical competence, the team decided to take extra steps to protect the assets of users. To further ensure the integrity of its security, MOOI Network will undergo multiple audits. According to POST VOYAGER, “it’s never enough to stress the importance of the integrity of the network. We will take every necessary measure to ensure it.”

MOOI Network will be featured with various metaverse services. Cocone, POST VOYAGER’s parent company, plans to launch at least 4 new services on MOOI Network within this year. Cocone has pioneered a completely new genre of gaming called Character Coordinating Play (CCP), where players can customize their characters and communicate with others. The core of CCP is very similar to that of metaverse: immersion into a virtual world to break the boundary between real and virtual worlds. Cocone strived to provide such experiences to its users. As a result, it has been dominating the Japanese avatar service market for 14 years, and its services have been loved by 42 million users around the world with multiple awards. Cocone itself is also a renowned app publisher. It has been ranked in the top 10 across multiple categories. With their deep understanding of users, Cocone aims to pour all their know-how into pipelining their Web2 services into Web3 services, as well as developing brand new projects for MOOI Network.

The first service to launch is Meta Livly, a Web3 version of Livly Island. The original service, Livly Island, currently has around 200,000 DAU. While almost identical to the original service, Meta Livly will feature its own unique universe. It will also feature the P2E aspect where users can earn from playing the game, as well as NFTs so that players can actually own and trade their items. Meta Livly is scheduled to launch by the end of July.

Recently another service was unveiled to launch on MOOI Network. ClawKiss, developed by Cocone Connect, another subsidiary of the Cocone Group, has revealed its official website and social media accounts. ClawKiss will be a dress-to-earn GameFi vampire game utilizing blockchain technology and Selfy, an avatar generator that has been loved in over 170 countries around the world. ClawKiss will be released by the end of 2022. Starting with Meta Livly and ClawKiss, Cocone Group is planning to release more than 10 games on MOOI Network within a few years.

Besides Cocone’s IPs, POST VOYAGER is also actively seeking more metaverse services to be onboard on MOOI Network.

MOOI Network is built to support a sustainable metaverse economy. POST VOYAGER’s approach when designing a blockchain economy is slightly different from the conventional approach. MOOI Network’s economy will be built first with the players who see the real value of playing services and owning digital assets. After the value has been established, the expansion of the ecosystem will naturally follow. With a record of over 590,000 types of digital items with 9 billion items already in circulation from Cocone Group’s services, POST VOYAGER believes that the value has already been proven in the Web2 market, and so will the Web3 market.

The network’s economy will be built around its governance token $MOOI, while each individual service also has its own tokenomics. POST VOYAGER has a special team called the “crypto finance team”. The team is dedicated to designing and monitoring the economic system of the MOOI Network. The team is also more than willing to provide advice to any Dapp projects onboarding the MOOI Network to build a better tokenomics of itself, eventually building a sustainable metaverse economy together. One member of the team said, “We consider each project’s tokenomics as important as our own. Sustainable economy is not going to work if either one fails.”

POST VOYAGER’s ingenious approach has captured some pioneers in the blockchain industry. POST VOYAGER has successfully finished the MOOI token’s first round of private sales. Block Crafters Capital, a venture capital located in Singapore, decided to make an early investment in the MOOI Network. Another company Ozys, a leading blockchain tech company in South Korea, has established a strategic partnership with POST VOYAGER to expand MOOI Network’s ecosystem.

MOOI Network has many metaverse services to be onboarded, but POST VOYAGER’s vision is not limited to digital apps. The team envisions expanding its ecosystem with any project, real or digital, that fits with the core value of the MOOI Network.

At launch, MOOI Network will be bridged with the Klaytn network first. Thereafter, the network will have more bridges with other blockchains such as Polygon and Ethereum to further expand the ecosystem.

3 Reasons Behind The Popularity Of Football In Africa

3 Reasons Behind The Popularity Of Football In Africa