8 years of selling Ripple! How much money did the former CTO of Ripple cash out?

by News Expert
in NEWS
Reading Time: 4 mins read
A A
0 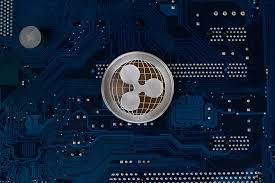 Ripple (XRP), which has become less and less in existence in recent years, is about to usher in a “big event”.  The latest data from Jed Balance shows that there are only 17,945,934 XRP left in the wallet of Jed McCaleb, the first technical chief of Ripple, which is about $5.56 million according to the secondary market price of $0.31, according to the average daily selling speed in recent months. Calculated, Jed will probably liquidate in the next few days, which also means that its eight-year XRP sell-off is coming to an end.

As a member of the core founding team of Ripple when it launched in 2012, Jed shared approximately 20 billion XRP shares with Chris Larsen and Arthur Britto in the initial distribution of XRP. In 2014, due to a conflict of ideas, Jed chose to leave (and subsequently created Stellar) and took his share of XRP with a total of about 9 billion XRP.

In order to limit Jed’s selling to have a greater impact on the secondary market of XRP, the Ripple team signed a sell-limiting agreement with Jed at that time.

It is precisely because of the existence of the restriction agreement that Jed’s sell-off will last for eight years. So, how much money did Jed cash out with these 9 billion XRP?

It is a pity that, perhaps due to the gradual decline of XRP’s market position, among the relevant data sources currently available, most of the statistics on Jed’s cash-out value stop before 2020, and data such as Jed Balance have always existed. However, the source only counts the amount of XRP, and does not calculate the corresponding value in combination with the real-time price. So if we want to get an answer to the total cash out value, we need to make an estimate ourselves.

The first is the first stage. Fortunately, Whale Alert once made statistics on Jed’s historical selling behavior at the end of 2020 (for the specific algorithm, you can read the original text for yourself, and I won’t go into details here), and the result is that Jed sold off through this stage. $546 million has been cashed out .

The second stage is the second stage, which is also the period when Jed sold the most. We counted the specific selling quantity of Jed on a monthly basis, and then combined with the median price of XRP in the month to estimate its overall cash-out value, and the result was obtained. In this stage, Jed cashed out a total of about 2.1697 billion US dollars . The specific calculation process is as follows:

The last stage is the third stage. Continuing the calculation method of the previous stage, the result is that Jed cashed out a total of about 411 million US dollars in this stage . The specific calculation process is as follows:

546 million, 2.1697 billion, 411 million, not to mention the last remaining 17,945,934 XRP in the wallet. In the past eight years of selling, Jed has cashed out a total value of about 3.1267 billion US dollars. It should be noted that this data is derived from the estimation model we set (the number of sales in the month * the median price of the month), and there will be some discrepancies with the actual data, but the deviation should not be too large.

Some friends may ask at this time, with the end of Jed’s “smashing”, is it possible to “rush” XRP? Regarding this operation, the author strongly does not recommend it. There are three specific reasons:

First of all, from a purely secondary market point of view, Jed’s continued selling has long been one of the important selling pressures on XRP, so the end of the selling can indeed reduce the selling pressure on XRP to a certain extent, but compared with the daily price of XRP With an average trading volume of hundreds of millions of dollars, Jed’s average daily sell-off in recent months has only been in the millions of dollars, so it is worth considering how much this “certain degree” is.

Secondly, the current cryptocurrency market as a whole has not yet stabilized, the cloud of interest rate hikes and the shrinking of the balance sheet still remains, and the trauma caused by the liquidity crisis has not yet fully recovered. No one can say for sure what the market will do next.

Last but not least, in the past few years of development and competition, XRP and the concept of “cross-border payment” it represents are constantly weakening in narrative. With the advent of the Web3 era, we will continue to falsify some old concepts while proving some new concepts. From the current development trend, Ripple is gradually sliding towards the latter.

How To Find Rare NFTs

How To Find Rare NFTs