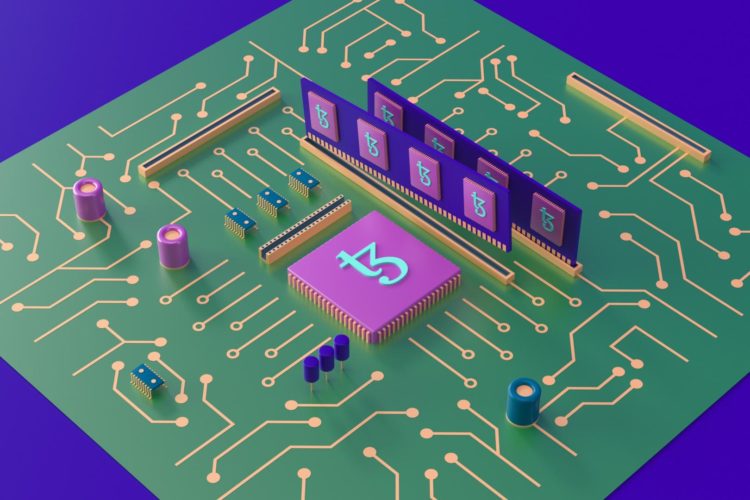 Turing College (YC W21), an online school for web2 developers, announced it is collaborating with the Tezos Foundation to create courses focused on simplifying developers transition from web2 to web3. To kick off these collaborations, the Tezos Foundation provided a grant to create a 1-2 month specialization course on Tezos smart contracts development. Tezos courses will feature practical capstone projects on smart contracts, NFTs and DeFi. Turing College plans to launch a course in 2022 Q3 and invites developers to join a waiting list here.

Turing College has a unique education methodology centered around a project-based curriculum and 1 on 1 tutoring driven by an active community of students and instructors. Today, Turing College supports nearly 150 students from 17 countries and 100% of their graduates have landed jobs in Fortune500 companies and European unicorns like Vinted and NordVPN.

Though the financial growth of web3 projects was enormous in 2021, web3 has only an estimated 20,000 active developers while web2 has 27,000,000. Web3 will need to fill the gap with 18 times more developers to catch pace with web2 in value created.

“The value of every web3 ecosystem directly relates with an active community of developers. Especially now, when markets go into its down-cycle, having a strong developers community means life or death for a project. Hype and grand vision won’t suffice to justify token evaluations,” stated Benas Sidlauskas, CBDO & Co-founder of Turing College

“Turing College has a unique and well-designed approach to onboard more web2 talents to the Tezos ecosystem. We are delighted to collaborate on such an important initiative to help equip and elevate the next generation of developers and creators,” said Roman Schnider, President of the Tezos Foundation.

Tezos, a pioneer of Proof of Stake layer one blockchain networks, has quickly gained momentum and popularity because of its energy efficiency, accessibility, and low transaction fees. Leading brands such as Manchester United, Gap, Papa John’s, Oracle Red Bull Racing, McLaren Racing, OneOf, Interpop, OBJKT, Sweet.io and music icons and artists have all chosen Tezos to mint, host, and trade their NFTs.

Building on Tezos offers developers assurance knowing that the protocol actively works to avoid hard forks and splits within the community because of its on-chain governance. The code developers write stays on the ever-evolving blockchain that is suitably positioned for Web3. Smart contracts on Tezos are written in the programming language Michelson, but they can be compiled from many different coding languages, allowing developers to think creatively. In fact, Bank of America released a report citing Tezos with the second-most developer interest in the industry. The collaboration of Turing College and Tezos reflects a growing need to equip the brightest coding minds to help build the future of the internet.

Turing College is a metaverse coding school backed by Ycombinator. They train the next generation of web2 & web3 developers through online programs created with companies. They have raised over $2M of funding and have ~150 students from 17 countries. 100% of their graduates have landed jobs in Fortune500 companies and unicorns like Vinted andNordVPN.

Tezos is smart money, redefining what it means to hold and exchange value in a digitally connected world. A self-upgradable and energy-efficient blockchain with a proven track record, Tezos seamlessly adopts tomorrow’s innovations without network disruptions today. For more information, please visit https://tezos.com/

The Tezos Foundation is a Swiss foundation, supervised by the Swiss Federal Foundation Supervisory Authority which is part of the Swiss Federal Department of Home Affairs. The Tezos Foundation’s purpose is the promotion and development of new technologies and applications, especially in the fields of new open and decentralized software architectures including the promotion and development of the Tezos protocol and related technologies. For more information, please visit https://tezos.foundation