by Coinworldstory
in Exchange News
Reading Time: 2 mins read
A A
0 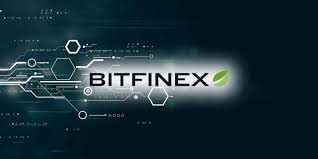 Currency Exchange, exchange Bitfinex news, said on Monday its support for the new local exchange tokens LEO transactions, which allegedly had been raised by the IEO to $ 1 billion. Bitfinex said in a statement that the pair of tokens known as UNUS SED LEO and Bitcoin, US Dollar, USDT and EOS will be added to its trading platform on Monday.

Bitfinex initially rumored that it was considering token sales last month to make up for the $850 million funding gap. Paul Aldano, the chief technology officer of the exchange, previously said that Bitfinex completed a $1 billion IEO last week, with investors investing between $1 million and $100 million. However, it is unclear which investors are involved. But Bitfinex said on Friday that it has sold all tokens in exchange for a $1 billion USDT.

In an article published by Bitfinex, it is said that it will continue to develop and develop core infrastructure for the entire industry. The exchange said in its white paper that it will repurchase part of the currency exchange tokens each month, depending on its monthly income and the number of funds that may be unlocked by payment processor Crypto Capital.

On April 25, the Office of the Attorney General of New York revealed for the first time that Bitfinex lost funds held by Crypto Capital in April and privately obtained funds through the USDT issuer Tether.

Just yesterday, the New York State Supreme Court ordered Bitfinex and Tether to forward documents about the loan and the credit line that Tether provided to Bitfinex. The judge stated that “the preliminary injunction should be appropriate to address OAG’s legitimate enforcement issues without unnecessarily disrupting the legitimate business activities of the respondents.”

The judge also asked Tether not to lend any assets to Bitfinex or other parties, nor to allocate any funds in its reserves to executives, employees or other individuals. The ban will expire in 90 days, but the New York Attorney General’s Office can apply for an extension two weeks before the end.

In this regard, Bitfinex praised the judge’s decision in the statement, stating that “we believe that the court’s decision today undoubtedly shows that both Tether and Bitfinex have the right to operate in the normal process, even within the current ban period of shortening. is also like this.”