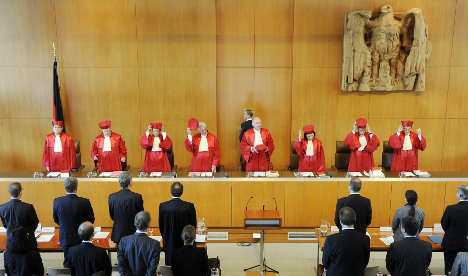 The cryptocurrency industry recently won a landmark legal ruling, and Germany first recognized the Bitcoin Automatic Teller Machine (BTM) legally – but this cryptocurrency self-help There is still doubt as to whether the business operations of trading equipment will last for a long time.

According to a report by the German media t3n.de at the end of last month, a casino owner in Munich imported a Bitcoin ATM from Orly after a German court ruled that cryptocurrency transactions were not subject to compulsory licensing.

Previously, anyone who wants to carry out a business involving bitcoin ATMs must obtain permission from the German Federal Financial Supervisory Authority (BaFin), otherwise, it will be considered a crime.

However, just last month, a court in Berlin’s Kammelegricht ruling overturned the previous power constraint of the German Federal Financial Supervisory Authority, which they believe is not “money”.

The ruling prompted the casinos Monte24 Casino and Video Store to try to launch the Bitcoin ATM service, and they have begun to try to import from Austria. It is expected that the cryptocurrency industry will receive more support in Germany in the next few years.

However, according to the German media t3n.de, although the German court ruled that the entity is allowed to operate Bitcoin ATMs and other cryptocurrency transactions, the service capacity and the validity of the court ruling can be maintained for a long time. Sex, so it is hard to estimate what will happen in the future.

“It is still unclear whether the Bitcoin ATM can stay in Munich for a longer period of time, because it is also necessary to consider how long the court’s ruling can last.”

Compared to neighboring Austria and Switzerland, German consumers’ interest in cryptocurrency does not seem to be high. Not only that but because the previous operation of the Bitcoin ATM in Germany required a lot of red tapes, the country’s Bitcoin ATMs almost disappeared in the past few years.

In an interview last week, although the German Federal Financial Supervisory Authority stated that they “respectfully recognize” the court ruling, whether the cryptocurrency can become a legally stipulated currency unit is still uncertain. Earlier, German President Felix Hufeld also called for a unified regulation of the initial token issuance (ICO) on a global scale.