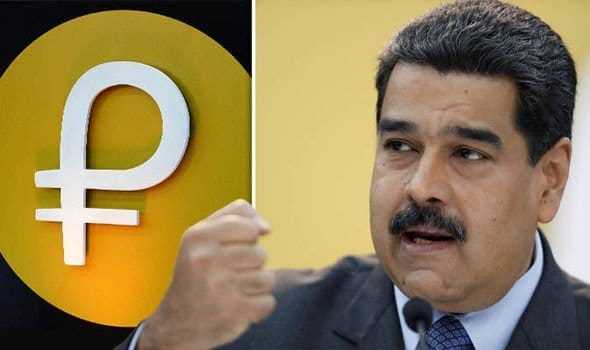 After several months on Venezuela after oil cryptocurrency speculation widely publicized the project status, the Venezuelan government announced that Petro is now on sale and can be purchased with Bitcoin and litecoin.

It is worth mentioning that before the announcement, everyone was confused about the status of the petroleum coin Petro. President Nicolas Maduro said Petro, anchoring oil, was a magical pill that ended Venezuela’s continued economic turmoil. Venezuela has a large untapped oil reserve in the remote area of Atapirire, and the Venezuelan authorities use this digital currency as a means of circumventing US economic sanctions, delisting the country’s main exports. In this case, the petroleum coin Petro is pushed to the global investor market.

However, according to media reports in September, no evidence of any petroleum-denominated economic activity was found in the cities and remote areas of Venezuela. In Venezuela, most people are as confused about the direction of this government-backed cryptocurrency.

In October last year, some media also reported that in the absence of Petro, the Venezuelan bitcoin transaction volume hit an unprecedented high level, becoming the world’s highest proportion of bitcoin transactions in the population, thus avoiding the out of control of hyperinflation. The most serious impact. President Maduro’s government has tried to encourage the use of coins in a number of ways, including ordering banks to use cryptocurrencies and forcing the use of petroleum coins to pay for passports.

The news that Petro, which was originally scheduled to be launched on November 5th, announced that it had been sold was a bit surprising. However, it remains to be seen whether the latest news on the validity of the announcement of the launch of petroleum coins is accurate. The same is true for Venezuelans who are cautious about inflation, and their trust in government statements and projects is low.

According to the official Petro website quoted on Twitter, Petro can now sell to Bitcoin and Litecoin to buyers.

As of press time, the browser of the Petro coin can be found that there are currently 304 blocks and 41 nodes.

Considering the controversy surrounding the ICO, President Maduro’s claim to successfully raise up to $5 billion, how the market will respond to the Venezuelan authorities remains to be seen.

Disclaimer: This article is for the author or forwarder of the article to contribute to the district media. The opinions do not represent the position of the media, nor do they constitute any investment opinions or suggestions.