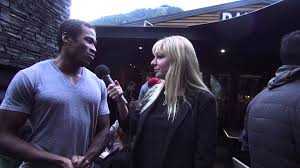 In an interview with the media, Arthur Hayes, chief executive of Bitcoin Commodity Exchange (BitMEX), the world’s largest Bitcoin derivatives trading platform, believes that Bitcoin’s price and trading volume may be Continue to plunge, the current bear market may continue for 18 months.

“My point is that the current volatile environment may last another 12-18 months,” Hayestold the media. “I am just based on my previous experience.”

Hayes began full-time cryptographic transactions in 2013 after resigning from Citibank’s stock traders. The Hong Kong-based executive said that the current trading model is similar to the “nuclear bear market” he witnessed in 2014.

After the summer plunge, cryptocurrency trading volume recently fell to a new one-year low.Hayes said that volume may fall further in the coming months. He said: “We believe that the trading volume may decline further from the current level.”

Hayes set a target price of $50,000 for Bitcoin in June, which is an amazing transition from today’s argument. Bee Finance learned that at the time, he said that the price of BTC was only a positive regulatory decision, and by December 2018, the price of BTC would soar to $50,000. Given the current market conditions, this seems unrealistic.

“The market is now releasing some pressure,” said Will Warren, co-founder of Decentralized Encrypted Exchange 0x, who told the media, “The market may be experiencing some healthy integration, but I believe the long-term trend will be to adopt more bitcoin and similar technologies. .”

Jonathan Levi, CEO of blockchain startup Hacella, agrees. “The price of Bitcoin is undoubtedly in a bear market, but in the application of Bitcoin and other blockchain projects, we are actually in a bull market,” Livay said. “Most EU banks are actively investing in blockchains, all of which originated from Bitcoin.”

While many in the encryption industry are panicking about the current downturn in the market, cryptocurrency advocates who have been paying attention to the market since the market’s birth are not worried about short-term volatility.

Wences Casares, the technology founder of Bitcoin wallet provider Xapo, said that it may take decades to know exactly if Bitcoin is successful.