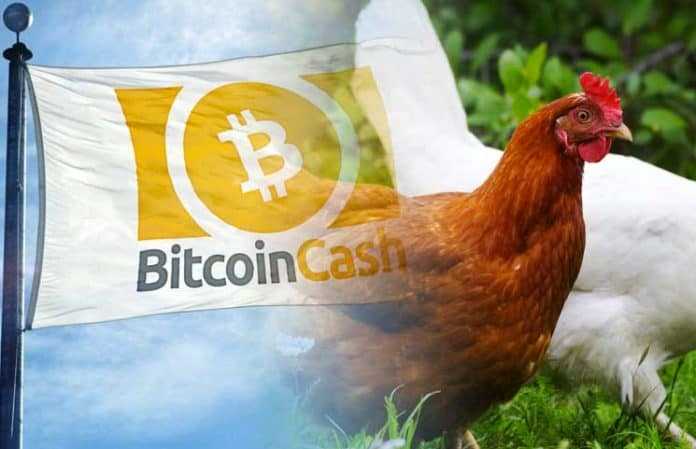 Recently, Coinbase co-founder Brian Armstrong posted on Twitter that he is raising chicken in cryptocurrency. This news came out, causing a sensation. Recently, a video on Twitch showed how BCH holders use zero confirmation transactions to raise chickens. As of now, this video has been viewed more than 11,000 times.

It is reported that the project was launched on October 25 by bitcoin enthusiast Spencer Lambert. In order to feed these chickens, the user needs to deposit a BCH worth $0.50. After the payment is completed, the encryption-driven feeding opportunity provides worms and other feed to the birds. Specifically, the allocator is manufactured by Iozeta and runs on the Handcash application. Originally, the Iozeta machine was designed to introduce the concept of digital currency to friends.

After sending a certain amount of encrypted digital currency to the encrypted wallet, the machine will distribute the candy. It is understood that the device accepts BCH, LTC, and Dash. At this point, Spencer replaced the candy with chicken feed by improving the machine. Later, he began playing the video on the Twitch platform.

The video attracted the attention of BCH community members, including Roger Ver, CEO of bitcoin website Bitcoin.com. Later, he also joined the “game”. Roger Ver admitted on Reddit that he spent more than $250 on BTC feeding the chicken. Brian Armstrong, CEO of the crypto exchange, is also raising chickens in encrypted digital currencies. Overall, this project has been warmly welcomed in the BCH community.

It is worth mentioning that the BCH community programmer Unwriter has developed an application called Memochicken that enriches and activates the chicken-raising mechanism created by Spencer Lambert. Memochicken will send a BCH worth $0.50 to the user’s legal currency account and the conversion rate on Coinbase.

Hard Fork Into A Booster: BCH Price Surged 28% In 48 Hours

The Thai Taxation Office Plans To Use Blockchain Technology

The Thai Taxation Office Plans To Use Blockchain Technology