by Coinworldstory
in Government News
Reading Time: 6 mins read
A A
0 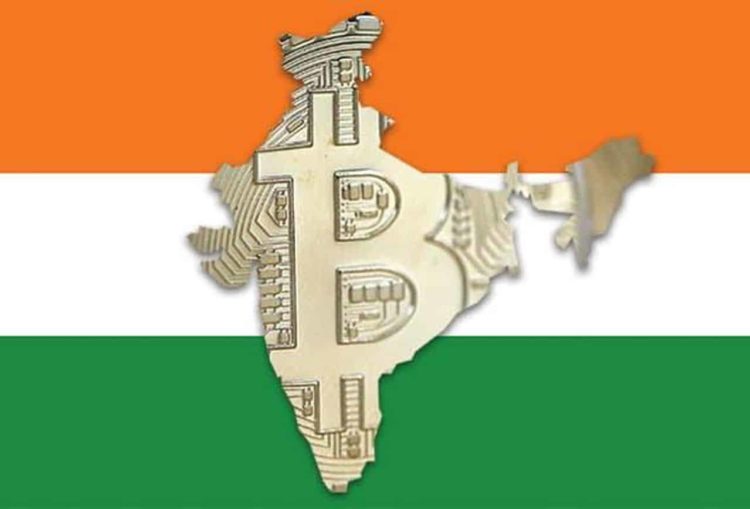 According to coindesk, an article published by New Indian Express on Wednesday showed that the Indian government had set up an “interdisciplinary committee” to investigate cryptocurrencies, and the committee did not approve of a total ban on cryptocurrencies.

Central Bank of Taiwan: NFTs have low liquidity and high risks, and are not suitable for public investment

A senior official attending the committee meeting said: “We have held two meetings. It is widely believed that cryptocurrency cannot be considered completely illegal. It needs to be legalized through strong additional clauses. Discussions are currently under way.

The State and Local Network Information Office will, according to the responsibilities, order the blockchain information service providers to rectify within a time limit, refuse to rectify or seriously deal with the situation, and impose fines of more than 5,000 yuan and 30,000 yuan depending on the circumstances. Criminals will be investigated for criminal responsibility according to law.

2. Over 15% of Americans use cryptocurrency for cross-border remittances

According to dashnews, a survey by the encryption platform Clovr shows that 15.8% of Americans use cryptocurrencies for cross-border remittances, suggesting that cryptocurrencies have an important place in the Americas, especially in Latin America. The survey pointed out that the low cost of cryptocurrency transactions is one of the reasons for the popularity.

Comments: In the future, people who immigrate to other countries from other countries may continue to send money to their hometowns. Everyone wants to send back as much as possible, and emerging digital payment options, such as cryptocurrency, can be stimulated. From the customer’s interest.

According to CoinDuck, the Russian Digital Trust and the Uzbekistan National Land Resources Committee jointly issued a memorandum on the implementation of blockchain technology implementation.

They have long studied all the advantages and disadvantages of blockchain technology, including registering cadastral systems and registering properties through distributed technology. The development of the pilot project jointly issued by the two countries has been completed.

Comments: The attributes of the blockchain ensure transparency of the data and prevent data from being tampered with without authorization during the real estate registration process.

This further shows that the blockchain is beneficial to social progress and development in many places. With the improvement of blockchain technology, it is believed that it will be applied in more and more aspects.

2. Blockchain technology has been widely used in Italian banks.

According to coinidol, Italy reacts differently to blockchain and encryption, but real financial institutions are concerned with how to deal with distributed ledger technology (DLT).

Comments: The bank will use Distributed Ledger Technology (DLT) to coordinate during the blockchain pilot, which will help check if the two banks have two corresponding accounts. Financial institutions will further use blockchain technology to prove certain elements, such as the lack of standard methods and uniform communication protocols, the determination of non-inter-bank transactions and the visibility of transactions.

The official website of the State Sports General Administration today released the catalogue of the 12th “Sports Culture Guide” in 2018, and “The Research on Block Chain Technology Drives the Innovation and Development of the Sports Industry” is listed in the category of sports economics.

1. The Japanese Police Agency issued a warning that cryptocurrency ransomware is spreading.

The Japan Police Agency Cyber ​​Security Center today released a tweet saying that the email asking for cryptocurrency is spreading, the subject is “Your password has been compromised”, and attached a photo of the device block or the hijacked webcam to This is to retrieve the currency to be encrypted. The police department reminds the public not to reply to the other party and not to respond to requests.

2. Turkish Bitcoin popularity is not affected by lower inflation rate

According to btcmanager, Turkey’s inflation rate has fallen after a peak of more than 25% in November 2018, but the volume of the country’s digital currency exchanges is still increasing. Vedat Akgiray, a professor of finance at Bogazici University in Istanbul, said that trust in financial institutions is at an all-time low, prompting them to look for another option – a decentralized currency. Cornell University professor Emin GünSirer believes that digital currency is very attractive to young people in Turkey.

The country’s higher proportion of young people relative to Europe, the flexible adoption of new technologies and the cultural bias towards high-interest financial programs make it a fertile ground for bitcoin.

Comments: When the sovereign currency of the national credit is not reliable, the people will go to find what they believe, the bank interest rate and other idle people are not, this is the reason. Coincidentally, the Argentine currency has depreciated by nearly 70% in half a year. A large number of Argentines flocked to the digital currency in this wave. Many people have changed their wages into bitcoin to find a temporary safe haven.

In order to further promote the reform of mixed ownership from the bottom up, this year, the China Resources Committee held a video meeting of the heads of central enterprises and local SASACs.

Central Bank of Taiwan: NFTs have low liquidity and high risks, and are not suitable for public investment

US Federal Reserve: stablecoins have shown the structural weaknesses of cryptocurrencies