by Frisco d'Anconia
in Ban
Reading Time: 4 mins read
A A 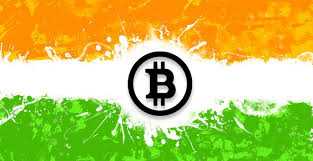 In a circular issued on April 6 2018, the Reserve Bank of India (RBI) forbade financial institutions under its authority from rendering services to cryptocurrency businesses. Consequently, on April 17, 2018, Kali Digital EcoSystems, the Internet and Mobile Association of India (IAMAI) amongst other individuals petitioned the India Supreme Court to set the ban aside.

On February 25, the APEX Court gave a four-week Ultimatum to the Indian Government to come out with a policy framework to guide the digital currency industry. CWS spoke to Prashanth Swaminathan, Founder and CEO at XDAT a day before the policy is scheduled for presentation to the court to seek his position on the possible outcome and the outgrowths.

CWS: On Friday, the government of India will announce policy regulations to guide the Cryptocurrency market vis-a-vis a Supreme Court directive. Are you able to speculate the outcome?

Prashanth Swaminathan (PS): In India, while there is no ban on cryptocurrencies and trading, the Reserve Bank of India has imposed banking restrictions on exchanges which have greatly impacted transactional volumes. I can see their concerns, and they are all quite valid – protecting retail investors, preventing tax evasion and money laundering, and control the movement of Indian Rupee out of the country. Tomorrow’s outcome, in my opinion, will probably maintain the status quo in terms of the market but deliver positive messages from a long-term standpoint. As the Supreme Court has questioned the constitutional validity of the banking restrictions, I am certain that the space will open up eventually, and tomorrow the Reserve Bank of India (RBI) will, therefore, have to provide either a sandbox policy or a deadline by when they intend to regulate this space. However, with the upcoming General Elections and the fact that creating a framework to regulate this space is an onerous task, I am sceptical that the outcome tomorrow will greatly impact the status quo in the short term. From the community’s standpoint, even if we get a deadline or a sandbox measure tomorrow, it should still be considered as a victory, and we should then be patient to allow RBI and the Government to formulate the relevant policies to protect the long-term interest of cryptocurrencies in India.

CWS: In the unlikely event of a negative result, do you see a capital flight to other jurisdictions where regulations are favourable?

PS: The Indian Rupee is not freely transferable outside of the country, and therefore we will not see any serious capital flight. However, entrepreneurs looking to raise funding through ICOs will definitely look elsewhere without an active market in India. It may lead to another wave of brain drain and lost revenue opportunity for the Government and potentially the proliferation of blockchain technology at the grass-root level.

CWS: In your estimation what will be the impact on the Indian economy and its people in the likely event of a positive policy framework?

PS: Developing a positive regulatory policy is what India has been looking forward to for a long time. The potential of EmergeTech in India is undeniable – the Government has always been supportive of campaigns such as ‘Digital India’ and ‘Make in India’ and a positive framework can go a long way in fulfilling this vision. As an emerging economy with the world’s largest young population, the country can find multiple use cases of integrating blockchain and cryptocurrencies and as a slingshot for growth and innovation. With a thriving regulated ecosystem, India may reverse the brain-drain, which started during the dot-com revolution and attract existing and untapped talent. Moreover, adoption of this asset class will definitely increase under a regulated system, which can spearhead mass retail adoption within India, and show the way forward for many other countries.

CWS: Could you paint a picture of both positive and negative outcomes of Friday’s announcement on adoption in India?

PS: Positive: I am still quite optimistic that the regulators and the central bank will open up the landscape for cryptocurrencies. They have valid concerns and are addressing them, and I hope they reach a conclusion sooner rather than later. In my mind, the blockchain revolution requires cryptocurrencies as they offer a wonderful funding tool and investors can benefit from advancements in the underlying technology through these alternative assets.

Negative: India is – unfortunately – falling behind in this space as there are no positive developments of note. I believe the concerns of the government – money laundering and others – can be tackled only through regulations which is what most other countries are aiming to do. As the crypto space moves at warp speeds, significant delays in opening up the market will be to the detriment of Indian investors, and also Indian blockchain start-ups and I hope this does not lead to another wave of brain drain from the country.

CWS: Do you see India becoming a global leader in mass retail adoption if there is pro-regulation?

PS: Yes, India can unquestionably become a global leader in mass retail adoption. We have the world’s largest youth population, highest smartphone penetration, and the largest IT talent pools. For reference, in June 2017, India was contributing to 10% of the global bitcoin trading activity. Positive regulation will unmistakably catapult crypto adoption and bring in more people from the mainstream who have been watching from the sidelines. The central government and various state governments have already adopted several blockchain initiatives to explore use-cases in the public domain. Coupled with crypto, it can generate the symbiotic relationship that makes India the global hub for Industrial Revolution 4.0.