by Coinworldstory
in Ban
Reading Time: 3 mins read
A A 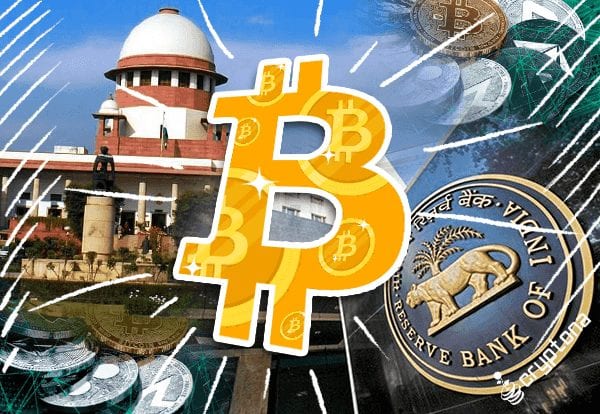 The Indian government may be considering a total ban on the use of bitcoin and other cryptocurrencies.

In this regard, Crypto Kanoon, an Indian regulatory policy analysis platform, believes that the term “prohibited use” in a statement may mean that the purchase, sale, transaction or exchange of fiat currency (rupee) is prohibited, but does not mean that cryptocurrency is prohibited. itself.

It is reported that the Indian Financial Stability and Development Committee was established in December 2017 with the task of formulating rules for regulating digital currency, including BP Kanungo, Vice President of the Reserve Bank of India (RBI), and Ajay Tyagi, Chairman of the Securities and Exchange Commission (SEC) of India. The committee was originally expected to submit the bill by July but was later postponed.

A senior government official in India once said to the media Quartz: “I don’t think anyone really wants to completely ban cryptocurrencies. The problem is regulation, we need to know where the money comes from. Allow cryptocurrency to become (a) commodity, maybe Let us better regulate trade.”

Earlier this year, a ban by the Bank of India severely hit India’s cryptocurrency industry. On April 6, 2018, the Reserve Bank of India (RBI) introduced a new policy that stipulated that residents of the country could not conduct digital currency transactions (ie, currency exchange services) through bank accounts or digital wallets.

In addition, RBI also prohibits banks from providing relevant settlement services for any enterprises within their jurisdiction, and grants a March buffer period, which will take effect on July 5.

After the ban came into effect, a series of butterfly effects were set off. India’s trading volume has fallen by a tenth from the peak of November-December last year; Zebpay, India’s largest exchange, announced in September this year that it would shut down the exchange and withdraw from India; another local exchange, Unocoin, used stable currency.

The Bitcoin ATM machine circumvents the ban, allowing users to purchase and sell cryptocurrencies; in addition, the transaction volume of peer-to-peer (P2P) cryptocurrency trading platforms has also increased. Despite this, it is estimated that there are still nearly 5 million to 6 million cryptocurrency users in the country.

However, the domestic situation has become increasingly severe. In October this year, India’s first cryptocurrency ATM kiosk was found in a legal dilemma by a central culprit (CCB) official on Tuesday. In addition, the exchange’s Unocoin co-founder was also arrested by the Indian authorities in October.

In response, the Indian Stock Exchange launched a series of self-help campaigns after the ban was issued. The initial form was a petition. Change.org submitted a petition to “Making India at the forefront of the blockchain application revolution” and asked the Indian government to support the blockchain and encryption sectors. According to statistics, the petition received more than 1,700 days after its launch. Wan’s signature.

However, more exchanges have adopted litigation methods, and the litigation case is still pending before the Supreme Court. At the last hearing on October 26, the court had instructed the government to clarify its position on the cryptocurrency issue and file an affidavit within two weeks.