by Coinworldstory
in CRYPTO CRIME
Reading Time: 2 mins read
A A
0 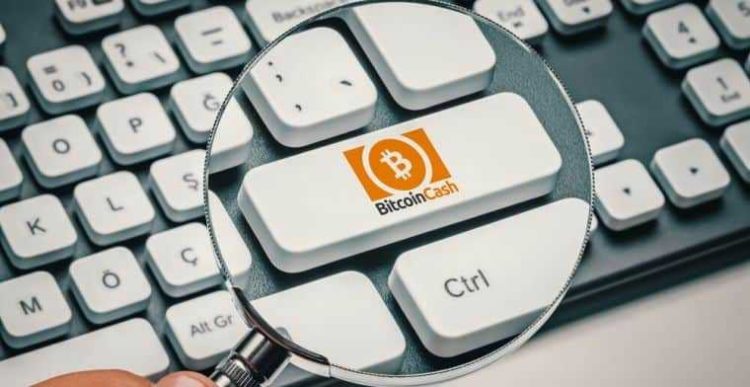 Bitcoin Cash Blockchain ran into a problem after a scheduled network update on March 15, as it was noticed that the network was stuck with no block output after block 582680. The next block, after the update, took about half an hour.

The Bitcoin Cash chain has split into two chains. A hardfork occurred at block 582,679, however since that block, upgraded and non-upgraded nodes have split onto different chains.

The Bitcoin Cash network may not currently be safe for payments https://t.co/U9hbK4peip pic.twitter.com/Yfcnp6G0Dj

In response to this problem, Jiang Zhuo’er, founder and CEO of the leading bitcoin mining pool BTC.Top, explained that the attackers had made several strange transactions on BCH, which led to the failure of the mining of new blocks; BTC.Top adjusted its BCH hash bit and extracted more than 10 blocks after the update (10 confirmations to ensure no rollback).

Jiang continued that these abnormal transactions took advantage of an error in checking sigopes, due to which the pool made mistakes in obtaining the The Attackers block template, but this problem affected only the mining pool during the mining of new blocks, and the mining pools took action and returned to normal. soon.

[ads-quote-center cite=”]ACCORDING TO JIANG, ON MAY 15, 2019, THE BCH UNDERWENT A DELIBERATE ATTACK, WHICH WAS PROMPTLY RESOLVED. THE ATTACKER TOOK ADVANTAGE OF A PROGRAMMING ERROR IN THE CODE, UPDATED IN NOVEMBER 2018, AND DECIDED TO LAUNCH AN ATTACK SIX MONTHS AFTER UPDATING THE BCH NETWORK ON MAY 15 WITH THE INTENTION OF MISLEADING THE PUBLIC THAT THE BCH UPDATE FAILED. [/ads-quote-center]

[ads-quote-center cite=”]THE ATTACKER HAS CREATED SEVERAL ABNORMAL TRANSACTIONS USING THIS ERROR; MINING POOLS CANNOT PACKAGE TRANSACTIONS INTO BLOCKS. AFTER THE ATTACK, BTC.TOP, BTC.COM AND VIABTC IN AN EMERGENCY, EXTRACTED 10 EMPTY TRANSACTION BLOCKS AND USED BCH’S ANTI-TRADING PROTECTION TO ENSURE THAT THIS UPDATE IS SUCCESSFUL AND WILL NOT BE CANCELED. [/ads-quote-center]

According to PeckShield security, there is some “controversy” associated with updating the BCH. This update is indeed successfully completed. The increased output time may be due to the fact that some BCH clients were not updated on time, which results in a low hashing rate and a low block creation rate. The security team said there is a possibility The Attackers of such attacks, as Jiang said, but this malicious attack does not affect the BCH update; there is a possibility that a malicious attack was made, in this context BTC.Top adjusted its hashing capacity in BCH mining to ensure that the malicious block does not become a longer chain.

Norwegian Police Try To Crack Down Monero And Dash Cryptocurrencies

Over 5 Years, The Activity Of Cybercriminals Has Increased 25 Times