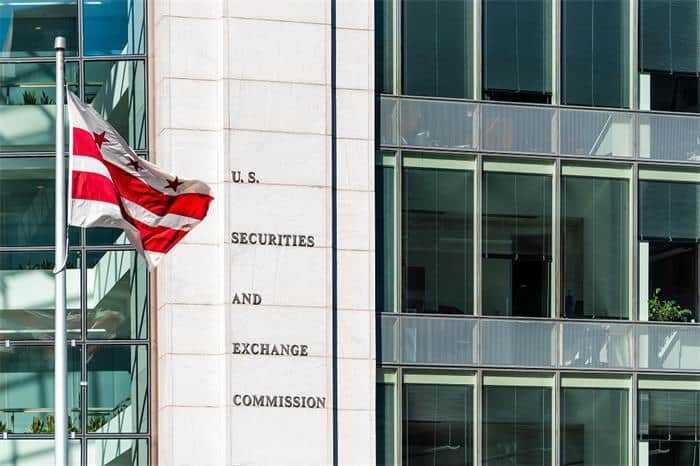 The US Securities and Exchange Commission (SEC) will make a decision on the Vaneck Solidx Bitcoin ETF next month, which cannot be extended. However, as the US government is currently closed, a securities attorney explained what might happen to the ETF, including the possibility of automatic approval.

ETF may be automatically approved

Jake Chervinsky, a lawyer specializing in securities, commodities, futures and other derivatives litigation, posted a series of tweets on Twitter last Friday explaining how the current US government closure may affect the forthcoming Vaneck Solidx Bitcoin ETF. Decide.

The committee has appointed a date to which it will approve or disapprove the proposed change of rules submitted by the Cboe BZX Exchange, which is intended to allow the Vaneck Solidx Bitcoin Trust to be traded. The deadline for approval of this ETF is February 27. This is the first time the ETF proposal has been published in the Federal Register for 240 days.

The SEC has no power to extend the 240-day deadline. The law absolutely prohibits any further delays… Legally, this means that if the SEC fails to make a decision by the February 27 deadline, the ETF will automatically be approved.

However, he went on to explain why the Bitcoin ETF was automatically approved for “extremely impossible”.

SEC is not completely closed

Due to the political deadlock between President Trump and Congress in the southern border wall, many US government departments have been completely closed, and the US Securities and Exchange Commission issued a notice on its website saying that it will take effect from December 27 until further notice. The agency will have very limited staff available. The committee also stated that they will “address emergencies involving market integrity and investor protection, including law enforcement”.

The US Securities and Exchange Commission posted an operating plan for the closure period on its website. The document explained that the agency would stop “reviewing and approving registration applications…” Chervinsky clarified that new financial products, including Bitcoin ETFs.

He believes that the committee believes that “preventing disputed financial products such as Bitcoin ETFs from being automatically approved due to long periods of time” is one of the “short-term activities required to ensure an orderly shutdown of operations.” He elaborated:

Therefore, if the government’s closure continues until February 27, “the same team should issue an order to approve or reject the ETF,” the lawyer wrote.

Chervinsky acknowledged that the SEC is still likely to approve the Bitcoin ETF, but he believes that if the government closes until the deadline, then the possibility is “close to zero.” He further asserted that even if the ETF is automatically approved:

This situation is unlikely to last too long. Automatic approval is not a lifetime guarantee and can be easily revoked. When the government closes, the SEC can force the ETF to delist.

The lawyer also commented on Bakkt’s approval of the US Commodity Futures Trading Commission (CFTC). He clarified: “Unlike the SEC, the CFTC has no statutory deadline for making decisions about the Bakkt issue.” “So it can be how long it takes to delay.” Before the government closes (maybe a few months later), I hope that Bakkt will change.

Bittrex Launches Over-The-Counter Trading, Why Is OTC Demand So Strong?