Bittrex Launches Over-The-Counter Trading, Why Is OTC Demand So Strong?

by Coinworldstory
in Exchange News
Reading Time: 3 mins read
A A
0 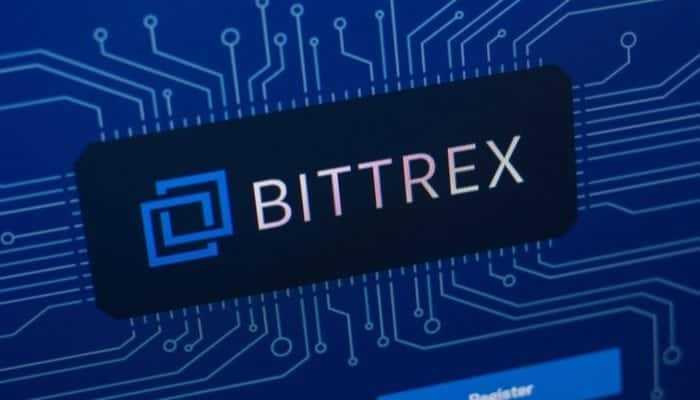 We can’t help but have a question, is the demand for over-the-counter trading so strong? Where do these needs come from?

Later, OTC transactions evolved from early peer-to-peer (individuals and individuals) to a professional broker and trader trading platform. As a 2.0 version of the OTC, the emerging OTC platform can reduce counterparty risk, reduce costs and avoid slippage (down or up), making them attractive to those with strong financial resources.

On January 8th, the OTC platform Cumberland Trading Company posted a report on Twitter saying that due to the lack of sellers, the trading ratio has risen to 60%:

Update: Historically, our OTC buyers and sellers are relatively balanced. In the past week, our OTC trading ratio (value estimate) has increased to 60%, mainly due to the purchase of competitors.

Such reports are not uncommon. Earlier this month, Circle and the cryptofinance company Circle, which was supported by Goldman Sachs, claimed that there were 10,000 over-the-counter transactions in 2018, with a total transaction volume of $24 billion. The “new institutional customer” record was again Was refreshed.

According to the research report of the research and consulting firm Tabb Group last year, in April last year, the amount of BTC’s off-exchange transaction reached US$12 billion, equivalent to the daily transaction volume of the US$12 billion on the crypto exchange; in August, the BTC field The foreign exchange market (OTC) is two to three times the volume of exchange trading.

All these kinds of data have confirmed to us that the demand for over-the-counter trading is indeed very strong and has increased.

Where does the demand come from?

According to Dow Jones market theory, the classic interpretation of such high levels of volume is that when the market falls, insiders – hedge funds, high net worth individuals, and institutions known as “whales” are quietly accumulating for the next time. Get ready for the rise.

However, over-the-counter trading is not only welcomed by institutional investors, but some other sources of demand can also explain why trading volumes are so high.

In countries where governments such as India and China are pessimistic about cryptocurrencies, over-the-counter transactions are often the only way for crypto enthusiasts to buy bitcoin, whether they are large or retail.

According to LocalBitcoins data, after the ban was announced in September 2017, China’s over-the-counter trading activity increased significantly, exceeding the increase in global exchange trading volume at that time.

Bitcoin vs. Renminbi: Data from Coindance

Data from India is similar to China’s, with data from both countries suggesting that part of the global over-the-counter demand may come from traders who are unable to use the exchange.

These customers, like everyone else, buy cryptocurrencies of varying amounts, hoping to store or transfer their wealth to places beyond the control of the country in which they live.

According to DRW CEO Bobby Cho, in addition to the trading ban, there is another factor driving demand for Asian OTC, which also accounts for one-third of DRW trading volume.

In order to obtain a better price advantage, Chinese mining companies have also established their own OTC business. This “clean bitcoin” is more sought after by institutional investors because it is unlikely to participate in money laundering activities. Ivigai hedge fund founder Travis Kling said the bitcoin premium can be as high as 20%.

While over-the-counter trading is booming, some trading platforms (Circle and Coinbase) have a minimum of between $100,000 and $250,000, which virtually prevents retail participation from non-institutional and high-net-worth individuals. Youssef said that although this restriction may violate Bitcoin’s free, decentralized nature, Bitcoin’s purchases are at least consistent with the ideology behind the Bitcoin password:

Over-the-counter trading is more in line with the traditional ideology of Bitcoin. Capacity issues have forced many transactions to move from the chain to private and centralized exchanges. However, because centralization is prone to corruption, the future of bitcoin will always depend on the development of over-the-counter transactions.

The Goal of the CTR project: