Ethernet Square On The Eve Of The Great Migration Of Miners, Some People Still Buy Electric Field Created

by Indu Sonali
in Ethereum
Reading Time: 4 mins read
A A
0 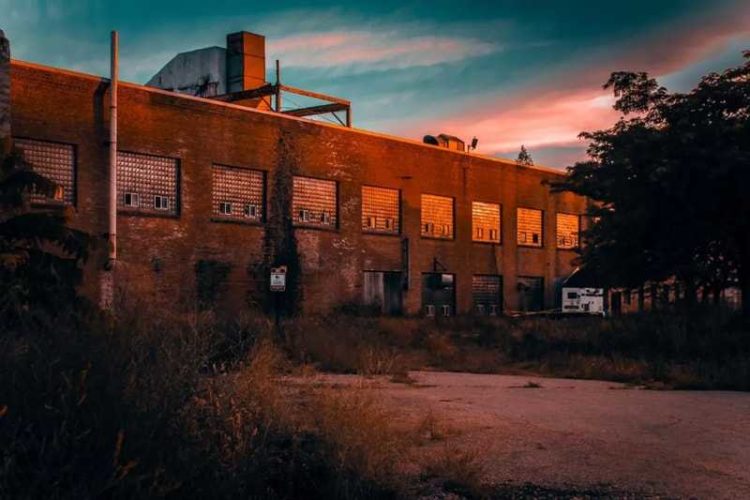 The miners are waiting for this day to come.

It is impossible to deal with it in advance. “We did not make short-term adjustments in advance, take things one step.” Ethernet Square miners Wang Zelin (a pseudonym) told Odaily Daily Planet.

At the same time, Wang Zelin is still buying electric power plants in various places, just like in previous years, in order to revitalize the low-cost electricity after the arrival of the flood season.

This move took place on the eve of the Ethereum upgrade, which is worth pondering.

Ethereum tried to drive a part of the miners in this step before thoroughly “abandoning” the mining machine. No one wants to be forced to leave. Some people with funds and resources also believe that they will not belong to the part that was washed away.

As in previous years, buying electricity

On January 16th, Ethereum will carry out its eighth upgrade in history – the upgrade of Constantinople.

The upgrade is expected to significantly improve the performance of Ethereum, while the block reward will change from 3 Eth to 2 Eth, which means that miners’ mining awards will be reduced by 33.3%.

Although the core developers decided to adopt this upgrade program in August last year, many miners still have “no feeling” about this program.

The mines with tens of thousands of machines have not taken special measures.

At that time, the Ethereum network used for testing reached the block height of the scheduled upgrade, but the final network failed due to too few miners running the beta client, which directly delayed the upgrade of Ethereum Constantinople.

It can be seen that as the last mile of consensus, the Ethereum miners did not have much enthusiasm for the upgrade of the Ether. What’s more, the upgrade also directly affected its revenue.

Wang Zelin believes that the Ethereum upgrade has not caused much fluctuations in the market, so it is not of great concern. The mines with tens of thousands of machines seem to have no special measures.

Wang Zelin even continued to take the electricity to build a mine before the arrival of the flood season, as in the past, without any signs before the retreat.

His conviction is that “there is a chance to sneak out of the exit, and it will not be me.”

Shuffle has come, to stay a realistic choice

Chen Lei, secretary-general of the block club of Peking University and mine owner, is worried that this situation will only worsen the survival of miners.

“In the southwest of the Fengshui period, the electricity bill will be lower than the current industry cost. With the support of the flood season, many people think it is time to take the shot. In fact, as long as someone takes the shot, it will increase the difficulty of mining. Unit profits will continue to decline.” Chen Lei said.

An industry insider analyzed the Odaily Planet Daily: “In this industry, people with funds and resources believe that they are not part of the wash-off. But by this time, problems in one link will directly affect survival. .”

Next, “the things that are being shuffled will happen constantly, and the industry will gradually be educated,” he said.

Wang Zelin also did not hide the industry concerns he saw. “If the currency price does not improve much, the upgrade will kill some miners.”

“It may affect two or three percent of the miners.” Chen Lei believes that “ETH is the largest currency for video card mining, and concentrates most of the graphics cards. After the production is reduced, the machine with high cost of electricity and low efficiency of operation and maintenance will exit. The price plummeted.”

“The last plunge” means that in November last year, Ethereum fell below 1,000 yuan, and in the following month, it bottomed out several times, leaving a large number of miners unable to make ends meet and forced to transfer.

According to Qiu Xiaodong, the key account manager of Xinghuo Mine Pool, the computing power of the whole network dropped to around 160T at the time, nearly half of the highest value. Based on the calculation of the 574 mining machine of Ethereum General, about 760,000 graphics card mining machines left the Ethereum network.

Nowadays, it is time to digest the “excess” computing power of Ethereum.

“Other currencies can only accommodate part of the effort to escape. In the final analysis, machines with high cost and low efficiency still have to stop.” Chen Lei said.

The industry’s “deportation order” has been issued. For many graphics card miners, selling cards and transforming may be a step that has to be taken.

On the eve of “quietness”, taking one step is a step

The only thing that is gratifying is that if the price of the currency falls sharply and the graphics card sells, the price cut will not be as crazy as the Asic mining machine.

The former consensus builders dig and sell at the beginning of the rise of the Ethernet network in 2015, and did not wait until the price of the currency reached the summit. Now on the eve of “quietness” – Constantinople forked, but had to “retreat” in the “expulsion” of the network.

“Now this node can only take one step, it is a step.” The miners seem to have returned to the 2015 year when they just dug Ethereum.

“The era of mining in the Ethereum with the graphics card mining machine will definitely end with the continuous upgrading of Ethereum. As for the transition period of this shuffling, it is difficult to say how long it will take.” Qiu Xiaodong said.

“The only way to save the miners is the market.” After discussing the possibilities, Chen Lei said.

US Congressman: Most Cryptocurrencies Require CFTC Regulation Rather Than SEC

Bitcoin Prices Have Not Yet Bottomed Out, The Market Has Shown An Overall Decline Encryption

Bitcoin Prices Have Not Yet Bottomed Out, The Market Has Shown An Overall Decline Encryption