by Frisco d'Anconia
in Alt Coin Signal
Reading Time: 6 mins read
A A
0 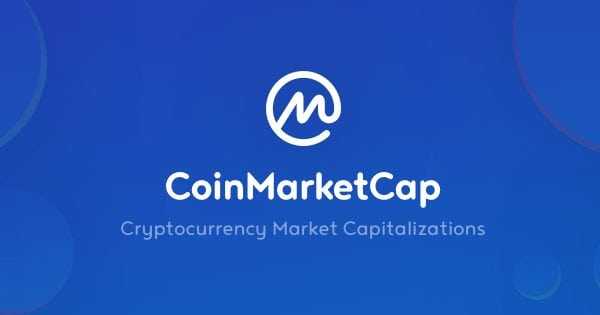 Cryptosphere continues to grow with more features, networks and products emerging every day. There are more than 1800 digital currencies listed on CoinMarketCap today.

In the midst of this beautiful ecosystem is some bad elements who want to take advantage of the situation and dupe unsuspecting people. At Coin World Story we always urge our readers to understand the technology before putting in their money.

It is in this direction that we keep creating awareness about new entrants and what they have to offer. This piece takes a look at newly listed coins on CoinMarketcap for the 3rd week of August 2018.

NRG has combined Community Governance with MasterNodes like SmartCash and Dash to build one of the largest treasure allocations in the crypto space. The network is a profound modification of Dash fork. According to Reem, Operations Lead of the project, the treasury funding allows for a viable long-term model that will grow the technology and the community.

With a 50 per cent annual reward, you need 10000 NRG to set up a MasterNode which begins in September. It is not pre-mined and neither did the community run an ICO.

“We are working on moving to a Proof of Stake Model, and transition into a Smart Contract platform. This will make us one of the first if not the only Cryptocurrency with a Treasury, Masternodes, Smart Contracts, no ICO, and no pre-mine,” Reem asserted.

In the next five years, their focus is to be among the top 20 digital currency on the market per usage and capitalization. They also intend to build a team size of hundreds or feasibly thousands of employees to give proper support to high demand. More so, they are interested in producing the best technology in `smart contract platform scalability ease of use and at the same time fulfilling usually disregarded features like user protections and merchant support which don’t amply exist in Ethereum and related projects.

This is what Reem had for the community:

“Stay with us. We prioritize mindful generation of value, and we are putting our resources into long-term community-building as one of our biggest areas of focus.”

Lobstex is anonymous Cryptocurrency using the Zerocoin protocol.
According to Avyman K, Lead Dev, the network was created to bring anonymous transactions in a discreet and transparent manner. “Crypto market is filled with ICOs, presale and centralized coins, however, Lobstex is proud to mention that we did not raise any capital by any means provided and are still empowering community which was Satoshi’s dream too,” Avyman K said.

As a matter of fact, Lobstex is a fork of Bitcoin and Dash with quark algorithm. Originally, it operated as PoW but at 43201 blocks it shifted to PoS, to deliver an energy saving option to high accelerated mining rigged coins.

The Lead Dev informed CWS that in five years they want to see Lobstex as an established name in the crypto space. “In contrast to the plethora of new coins coming in the market, we have a clear strategy, we are registering as a company and will be operating a marketplace and an exchange with the Lobstex coin,” he intimated. “Our focus in the next few years is to make everyone comfortable with a usable and exchangeable coin.”

Their message to the community is that they should rest assured their interest is at heart since they know how the team have committed to the project in the last four months. “For new holders, we would just request they should have an experience of a growing community because we believe a crypto is only as good as the community. Be Future. Be LOBS,” Avyman K suggested.

CBC also chose the no ICO route to create a “simple” transaction tool. The CEO, who only gave his name as Andy explained that No ICO, no function except sending coins.

Andy claims the key features are super fast transactions and super low transaction fees. “We already have desktop wallet application, now we are working on the mobile wallet. Also, we plan to integrate our currency into numerous online services (shops, etc) and It will be used as a Loyalty program,” Andy hinted.

The underlying technology is a combination of PoS and PoW algorithm consensus. It is their position that it helps the coin to be fast and cheap.

In half a decade, it is their aspiration to be on the top-20 cryptocurrencies list. The platform in the nearest future will launch PR and Marketing campaigns in India and Turkey and has more than 90000 holders already.

“The main point – Our coin is cheap, fast and truly decentralized – we have more than 90k holders at the moment,” Andy announced. He wants the community to stick with them as there are more to come and urged them to read the white paper.

The Zen Protocol Blockchain is designed to provide a toolkit to enable issuers to create a better means of providing savers with more efficient mechanisms to protect their assets through a P2P platform without a third party globally.

They call it the democratization of finance. It is fashioned in such a way that the end user incurs little or no transaction cost. ZP will allow people to organise a fundraising campaign, issue tokens and currencies, Insurance services and foreign derivatives.

Crypto Chef, a team member of the project informed CWS the underlying technology is a new NoVM blockchain. “We use ZF*, a dialect of F*, and formal verification to get rid of gas, enabling a more efficient computation model than the EVM,” Crypto Chef declared.

The team envisages that in 5 years a lot of markets which would benefit from increased liquidity will run on the Zen Protocol especially markets which currently are not liquid and accessible to the mainstream audience. Crypto Chief again emphasised it will be easier to gain exposure to liquid instruments from across the globe, even those offered in foreign markets.

On behalf of his colleagues at ZP, he expressed his heartfelt appreciation to all the support they have received from the Zen Community. “This is a group effort and we could not have done it without you,” Chef Crypto observed.

Kryptono Exchange has created a native token to incentivize their community to build a better crypto ecosystem. They had a private fundraising but no public sale since the project is still in Beta Launch.

Kyptono Exchange noted that fifteen per cent of the tokens were given to the users of the platform, partners and as bounty. Forty per cent will be sold on the Kryptono Exchange for users to use as trading fees, coin listing, project IEO, OTC and other payments at a discount.

The other 45 per cent will be distributed ten, fifteen, and twenty per cent to private funds (Strategic partnership), employee and future expansion and Management and advisors respectively. It is an ERC token built parallel computing technology and architecture.

In the next five years KnoW aims to be at the forefront of the expanding crypto industry by contributing towards a wider understanding, acceptance, and use of crypto in the real world. “Now that the hype in the market has died down, the quality projects remaining will be focused on promoting real-world use cases of their tokens to the general public, and we intend to be a part of that conversion,” Kyptono.Exchange commented.

“We would like to thank all our KNOWers for their continued belief and support in our vision through this bear market. We appreciate everyone’s patience as we fine-tune our products and come to market,” is their message to the community. They also reiterated their mission to keep striving to make the exchange a better platform for everyone in order to bring crypto finance easily to the masses and will announce many initiatives soon.

DAV has introduced a utility token that gives users access to the DAV network which is a permissionless platform for autonomous vehicles and decentralized services. “Think of what the World Wide Web has done for content — this is what DAV will do for transportation and mobility services,” John Frazer, CCO, and Co-founder asserted.

DAV’s protocol enables anyone to use transportation services or put their own manned or autonomous vehicles on the network, creating a decentralized P2P transportation ecosystem. It is an upshot where people can move anything or anyone, anywhere, at the touch of a smartphone app.

Frazer revealed the underlying technology is Ethereum because in his view it is the most heavily backed and developed blockchain out there, with the most diverse ecosystem. “We also feel it is the most promising blockchain in terms of scaling and capability,” he said

The company anticipates in five years autonomous vehicles of all stripes, from drones to road vehicles to marine vehicles, will have established a significant footprint in the market. More so, decentralized ride-hailing services will be common. On-demand insurance services for rides and deliveries, search-and-rescue rovers for drones that fail, arbitrators and identity services will all be participants in a flourishing common transport marketplace facilitated by the DAV network.

The DAV Foundation believe the community is of great importance to them, as their success is their success, and welcome their participation, feedback and support. “We recognize that this project is a long-term transformational one. We are taking the long view, and have dedicated all of our resources to building out the infrastructure and products necessary for the ongoing success of the network,” Frazer made known.

Rebis Ico Review : The exchange of tokens of the ICO-project for tokens